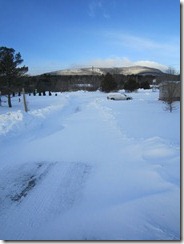 The title says it all! Although the snow had stopped coming down, yesterday it was coming sideways! We could actually see the wind blowing as it was picking up lots of snow and blowing it along.

So once again, we bundled up and headed out to get our little area cleaned up. 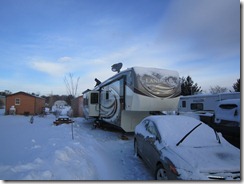 Thanks to those commenters who mentioned clearing off the slide toppers. We had planned to get them cleaned up before we were ready to head out, but the comments inspired Harry to get up there sooner rather than later. 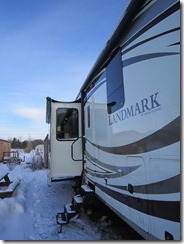 They were pretty weighed down with snow and some ice from the melting snow.

It took Harry probably 45 minutes to an hour to get them all cleaned off. 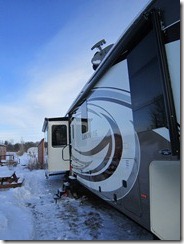 It was so nice to see them pop back up as soon as the snow was all pushed off. 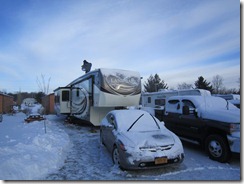 While Harry was doing that, I was shoveling around the vehicles and getting our walkways clear. 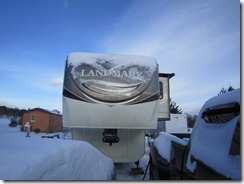 This is a sight I hope not to see too often in the future!

Posted by Jessica Riker at 6:05 AM